You are currently on our IE site. Shop on our United States site using US dollars ($).
Home > What to Consider When You Buy Gold Coins

For those who want to buy gold coins in Ireland, gold bullion coins backed and guaranteed by national mints are the most popular forms and the most prudent form of gold coins to buy.

Government mints including the Perth Mint of Australia, the Austrian Mint, the Royal Mint in the UK, the Royal Canadian Mint and the U.S. Mint specialise in producing popular gold bullion coins. 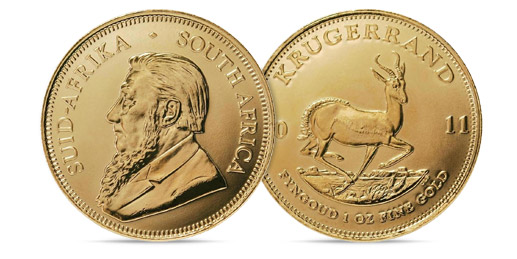 Gold bullion coins in the last two decades have become the most divisible, liquid and accepted form of gold bullion in the world. They trade on a daily basis, and on resale, allow you to avoid the delays, assays, fees and discounts incurred in liquidating bigger gold bullion bars.

Guaranteed gold bullion coins are certified products from various government mints. They are probably the smartest and safest way to buy gold bullion especially if you are going to take physical possession yourself.

Gold coins are highly refined precious metal products that are circular in shape - in contrast to the rectangular shape of a gold bullion bar - and are produced to exacting specifications by numerous national governments throughout the world, specifically for investment, saving and hedging purposes.

These coins are produced in large quantities and come in a variety of sizes, which are convenient to own and trade – with the one-ounce gold coin being the most popular and liquid. Their content - the weight and purity of precious metal they contain - is guaranteed by the governments that mint them.

The US Mint describes a bullion coin as: "a coin that derives its value from its weight in a particular precious metal. In contrast to numismatic or commemorative coins which are assessed by rarity, limited mintage, condition and age, bullion coins are bought by investors looking for easy and tangible ways to own and invest in the silver, gold and platinum markets."

Gold bullion coins are ascribed legal tender status in their country of origin. However, they are valued by markets for their precious metal content, including a small premium to cover production, shipping and handling costs, and the retailer's small margin added to the gold price. Like property and other investments, the gold bullion business is a very low margin one.

Gold coins are readily bought and sold by investors through a worldwide network of precious metals retailers, wholesalers, banks, mints, refiners and brokerage firms. The current prices for most major gold bullion coins are published daily on the internet and in international financial publications such as the Wall Street Journal.

The most popular gold bullion coins are one-ounce coins and buying them is similar to owning smaller gold bars such as one-ounce bars – in regards to both price and liquidity. Some gold buyers prefer gold coins because they feel that the gold bullion in the form of coins may be easier to sell and trade than gold bars – particularly in a crisis.

Some buyers also like the fact that the coins are money and legal tender currency issued by government mints and believe this will help ensure their value and liquidity are maintained.

Most bullion coins and bars are of a purity of 99.99 percent or four nines. Recently, the Royal Canadian Mint introduced the world’s purest gold bullion coin – a Gold Maple Leaf coin that is 99.999 percent.

When taking personal possession of gold bullion, gold coins are a popular choice., since you are better off with universal liquidity, divisibility, and convenience afforded by gold bullion coins in a one-ounce format. They can be resold almost anywhere, and do not require re-assaying upon sale.

Gold and silver coins have been used for trading for thousands of years. In the 7th and 6th centuries, BC, the ancient kingdom of Lydia in Asia Minor was the first recorded Western society to employ gold coins as standard coinage. Their last King was Croesus who was famous for his massive wealth.

Why Do People Buy Gold Coins

Money in simple terms is an agreed means of exchange. The idea of a government guaranteed measure of gold bullion was what initially gave 'money' power and legitimacy, which continued throughout history.

In 1933 gold lost its link with the common currency when President Roosevelt abandoned the Gold Standard and outlawed private ownership of gold. The Gold Standard dictated that money could only be printed provided there were gold reserves to back up the newly printed paper money.

Gradually people began to consider gold and silver coins as collectable artifacts from our monetary past. Gold coins were no longer produced as money, lost their link with their gold bullion value, and were considered scarce and obsolete.

In 1967 the introduction of the gold Krugerrand changed all that. That year, South Africa introduced a radical idea in gold bullion: a government-issued gold bullion coin in a convenient one-ounce form. These were "gold coins for the people," minted in unlimited numbers, and sold at the current spot price of gold in addition to a small percentage. Their status as government-issued legal tender coins of a nominal face value avoided the restrictions, duties, and taxes that many countries used to levy on jewellery and gold bullion bars.

South Africa pioneered the 'round bullion' concept, soon followed by the Canadian Maple, Chinese Panda, and, in 1986, the U.S. Gold Eagle. Since then, countries like Australia, Austria, Great Britain, and Singapore have issued such coins, with varying degrees of success. However, each coin meets the necessary requirements for gold bullion: guaranteed purity, exact weight, and total liquidity worldwide.

Gold bullion coins have dominated the global retail gold bullion market, mainly in the form of gold coins containing exactly one troy ounce (31.15 grams) of pure gold as they are the most liquid and safest form in which to buy gold coins to own for those seeking to hedge and diversify their portfolios.